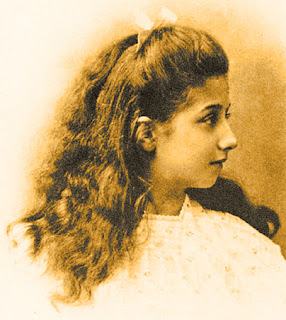 This adorable little Jewish girl unknowingly lent her moniker to a car prized by one of history’s most despicable despots – Adolf Hitler.

Yes, that little girl’s name was Mercedes, and her grandfather was ironically also named Adolf - Jellinek. However, grandfather Adolf/Aaron Jellinek was a highly respected Austrian rabbi and scholar. Mercedes’ father, Emil Jellinek, must have caused his father some grief in the early days – he dropped out of several schools, was a practical joker, and got booted from a railway job for wrangling train races at night.

All of which would make him a seemingly perfect candidate for the car industry. These days, Emil would likely be driving a Koenigsegg and dating Kim Kardashian. Back then, he became a diplomat and dallied in the insurance business and stock market, where he made a lot of money and picked up a penchant for fast cars. By then Emil had married and his darling Mercedes had been born. Since he was partying with the rich and famous, it was only natural for Emil to start selling cars to his wealthy bon vivants. Stationed in France, on the Riviera, the only stumbling block to Emil’s burgeoning car sales was the distaste his French clientele had for the Germanic name Daimler. And so he anointed the car with his beloved daughter’s name – and the rest is history.

One can’t help but wonder if Hitler would have saluted quite so proudly in his 770K Mercedes parade car if he knew the provenance of its name?

He might have felt as he did about the Jew behind the Volkswagen Beetle – a fellow by the name of Josef Ganz. In the 1920s and 1930s, Ganz was a respected engineer who worked for Mercedes and BMW, and schmoozed with the likes of Ferdinand Porsche and Hans Ledwinka, both of whom have been credited with inventing Hitler’s little “people’s car”. Ganz was the editor of a motoring magazine and wrote about the need for an affordable car which could be accessible to everyone. He even called it a “volkswagen”!

A few car companies took interest in Ganz’ ideas and designs and some prototypes were produced. In 1933, a company called Standard Fabrik produced and sold the Standard Superior Volkswagen, debuted at the 1933 Berlin auto show. And that’s where Adolf Hitler saw it. He was a fan of the car - but not of the Jewish Ganz. Once Hitler set the Gestapo on Ganz, it took only a year for poor Josef to flee the country in fear for his life. He spent the rest of his life fighting to get the record straight – it’s a fantastic story, documented in a book recently translated into English “The Thrilling Life of Josef Ganz”.