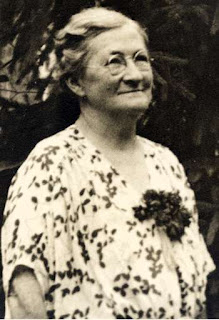 A cold hard rain pounded Mary Anderson (pictured, left) and a blustery gale whipped her skirt as she boarded a New York streetcar on a bitter, sleety day in November, 1903. She shook her overcoat and settled into her seat, but an icy breeze wrapped itself around her ankles. Mary looked to the front of the car and saw the shivering driver had his window open. In fact, he was looking out the window as he drove, since the pelting rain had completely obscured his windshield.

It only took Mary a couple of months to invent a contraption that consisted of a lever with a rubber blade, that could move across the windshield to clean it. And that was the forerunner of today’s windshield wiper.

But women weren’t just finding solutions to dirty windshields. In 1923, the U.S. Women’s Bureau Bulletin No. 28 listed 345 inventions by women – and half were related to automobiles. Another 25 related to traffic signals, turn indicators, a carburetor, clutch mechanism, electric engine starter and starting mechanism.

So how did the car industry develop a reputation for being male-dominated? In the early 1900s, women seemed to be all over it. In 1917, Charlotte Bridgwood refined the windshield wiper into an electrically driven system that used rollers instead of blades. This eventually evolved into the automatic windshield wipers that are standard equipment on cars all over the world.

Charlotte’s daughter, Florence Lawrence went on to become a film star and an auto enthusiast who once said, “A car to me is something that is almost human, something that responds to kindness, understanding and care, just as people do.”

Florence carried on her mother’s work, since the automobile could stand some improvements. She placed an arm on the rear fender which could be activated to ascend or descend by push-buttons located by the driver’s seat – so drivers could signal their intention to turn right or left. Florence also created a mechanism that indicated a full stop, activated by stepping on the footbrake.

As early as 1916, the Girl Scouts had an “automobiling badge” for which girls had to demonstrate driving skill, auto mechanics and first aid skills.

Have we been going backwards? Helene Rother was a French jewellery designer who fled the Nazis in 1942 and came to America. She was the first woman to work as an automotive designer, as a staff member of the interior styling team of General Motors in Detroit. In 1947, Helene opened her own design studio, specializing in design for automotive interiors.

So when were the terms “chick car” and “lady driver” coined, and how did they come by their derogatory meaning? Why are women deemed to be outsiders in the car world? Even Henry Ford – although he did not approve of married women working outside the home – considered his female employees on a par with their male counterparts, and made a point of paying them the same as men. How rare is that these days?

Sadly, these days, woman auto mechanics are still a novelty. And that would not be welcome knowledge to Wilma Russey, who in 1915, became the first woman to work as a taxi driver in New York – and was known to be an expert mechanic.
Posted by Krystyna Lagowski at 9:13 AM