Just in time for Valentine's Day 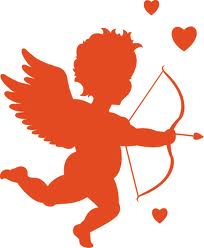 Starting this month, Cupid himself is livening up the commute on Boston’s T subway system. That’s right - if a sexy straphanger catches the eye of a lovelorn passenger, they can just snap a pic with their smartphone and post it to the BostonTcrush website. And maybe eventually connect with the object of their affection for future adventures.

Brought to Boston by the folks behind London’s TubeCrush and New York’s SubwayCrush, the pics are shared on the website complete with date, name of the route, and a snappy write-up.

Naturally this one was dreamed up by the Brits, who always seem to have the good ideas first. Once you start surfing the site, it’s hard to stop. We like this entry:
"Every inch of this guy is hot – look at him!  Tall, dark, and handsome is personified in its best form before our very eyes. From his preppy, fluffy hair down to his penny loafers, this guy is perfection."

Anyone can go in and rate the dreamboats with a thumbs up or thumbs down. It started when a bunch of friends were watching a British TV show where women rated men based on their looks. One of the women whipped out her smartphone with a pic of a hottie she’d spied on the London tube – and TubeCrush was born.

So far, only men are being targeted with Cupid’s smartphone, which is fine by us. If anyone wants to have their photo removed, they just need to ask. There are very strict rules on privacy included in the FAQ . The next steps are to eventually post women’s photos and also develop a means for the photographers and the photographees to connect.

Folks can interact with the site using Twitter or Facebook -- which just goes to show there are all kinds of ways transit and social media can co-exist in a happy partnership.

This is just a marvelous way of making commuting a little more fun and upping the happy quotient for taking the subway. People might even want to take the subterranean way, regardless of how crowded and noisy it is. We just hope this concept doesn't fall into the hands of that devillish Mayor Ford, who might use it to push his own questionable subway agenda. But then - wouldn’t it be lovely if this came to Toronto? Can you imagine?

Posted by Krystyna Lagowski at 7:04 AM