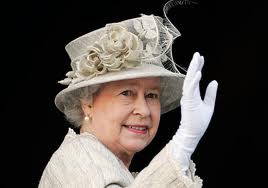 This year marks the Queen of England’s Diamond Jubilee – the old girl has been at the helm of England for six decades, maintaining implacable reserve through turbulent social and political change.

And yet, she drives a stick. In this video, she’s seen on her way to the kennel in her trusty Range Rover, shifting gears. With her left hand, yet. You’d think after sixty years, she’d prefer to drive an automatic. But no, the Queen prefers a manual.

But what’s good enough for royalty isn’t good enough for the rest of us. Only about five per cent of cars sold in the U.S. have standard transmissions, and the death of the manual transmission has been predicted for years now. Is it really an endangered species?

Using a manual can contribute to better fuel economy, if it’s used properly. In Europe, where fuel is only a little less expensive than pink diamonds, most cars have a manual transmission. Also, cars with a manual gearshift generally cost less, and are easier to repair. Those are the practical aspects.

Driving with a gearshift is more complicated – at first. That’s what usually scares people away. While it does require more concentration and focus, after a while it becomes second nature. Still, a driver can’t drive a stick and use a cellphone at the same time, since both hands have to be engaged or the car simply stalls.

That’s why this Sacramento tv station touted the stick as a great way to combat distracted driving. Although their study was hardly scientific, the news report (is that Ellen Degeneres’ girly sister?) showed that their Facebook page was positively buzzing with stick-friendly posts.

And the multi-tasking nature of driving stick means that women are in fact better suited to it. A UK study in 2005 showed that estrogen affects the brain’s frontal lobes, increasing mental flexibility and the ability to switch from one task to another. This, in turn, would indicate that women would be better with manual transmissions than men!

Still, articles touting the masculine nature of driving standard abound on the internet.

To that, we can only ask – where is the vid of Prince Philip driving stick?

Posted by Krystyna Lagowski at 8:31 PM