The trouble with young people today 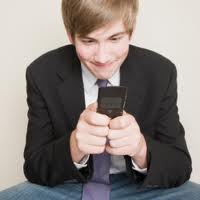 Remember counting down the days to your 16th birthday? Some of us even skipped school to run down to the government office to sweat through the test that would bestow upon us that coveted, sacred rite of passage into adulthood – the driver’s licence. It was a heady symbol of freedom ... autonomy ... and independence.

But these days, that sacred rite could be on the threatened species list.  It’s true. Young people are shunning the driver’s licence for – shudder – a SIM card.

A study by the University of Michigan Research Institute shows a steady decline in the number of licensed drivers in the United States under the age of 30. There has been 22 percent drop in the number of licensed drivers since 1983. Furthermore, that decline is echoed across countries such as Great Britain, Germany, Japan, Sweden, Norway, South Korea and – yes – Canada.

Used to be, young folks needed a car to go to the mall and hang out with friends. Now all they have to do is visit their Facebook page or text them. You get to meet more people with an iPhone than you do with a Corvette. Sad but true. You may even get to impress some chicks if you have an iPhone 4S with Siri and some waycool apps.

The U of M’s study found that those countries where folks like to spend lots of time surfing the internet, young people had fewer driver’s licences rates. Could that translate into virtual contact being more important than actual contact? That's more than a little bit disturbing.

Maybe it's be the money. It does cost a lot to buy and maintain a car, and the insurance for a 16-year old male driver is stratospheric. There are much more reasonable – and green – alternatives, like car sharing, taking transit, walking or bicycling.

Possibly. But as Advertising Age noted, just as the automobile shaped a generation like the Baby Boomers, the internet seems to be shaping the Millennials. Perhaps they’re just smarter than we are – texting while driving is deadly. There are no WIFI highways.

Perhaps that’s a lesson that Baby Boomers could take to heart. We might live longer.


Posted by Krystyna Lagowski at 8:33 PM