To speed or not to speed 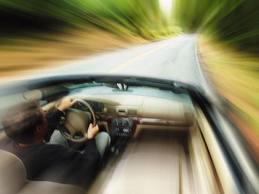 In less than a week, the local transportation community has spawned two proposals for a change in speed limits.

The first, from Ontario-based www.stop100.ca, wants the provincial highway speed limit RAISED to 120 - 140 km/h. And the other – from Toronto chief medical officer, Dr. David McKeown, is to CUT Toronto municipal speed limits to 30 km/h.

Ironically, both are citing safety as a factor. Stop100.ca says that drivers travelling under 130 km/h, which they claim is the average highway flow of traffic, are a hazard. The reason is, this causes “other motorists to brake rapidly, tailgate or frantically attempt to pass.”

McKeown cites in his report “Road to Health: Improving Walking and Cycling in Toronto”, that pedestrians were less likely to be killed for every 10 km/h reduction below 60 km/h. Standard Toronto speed limits are 40 to 50 km/h.

This drew guffaws from Toronto’s venerable Sun newspaper, which plastered a photo of a horse and buggy on its cover with the headline “Slow and Stupid.”

The real reason for the Chief Medical Officer’s report is to encourage walking and bicycling, which would generate health benefits and reduce health care spending in Toronto by $110 to $160 million. Additionally, costs associated with pedestrian-vehicle collisions cost Toronto over $53 million, and cyclist-vehicle collisions over $9 million.

Could our police department keep up with any of it? When to ticket, when not to ticket? Would we lose revenue or gain it? Which war is being fought here – the war on the car or the war on the cyclist and pedestrian?

Neither proposal has a snowman’s chance in Hades to get the green light. But we need to hear about them, if only to keep the conversation going. Road safety belongs not only in the headlines but in our heads. Let’s keep talking.
Posted by Krystyna Lagowski at 7:29 PM