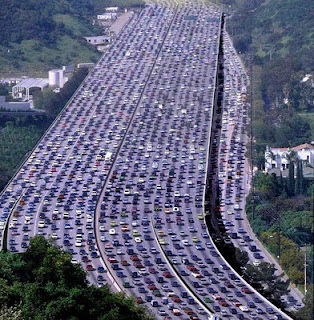 Even a wheezy old beater can be fun to drive on the open road, under a gorgeous blue sunshiney day. But when driving becomes commuting, life behind the wheel becomes hellish and downright deadly.

Oh, not because you’re going to ram another car or mow down a pedestrian (or be the mowee), but because of the stress and strain of too many drivers behind you, beside you and especially in front of you. This charming infographic which takes nine pages to print out, claims that if you commute, your risk of a heart attack triples and in fact, 96,000 heart attacks in the U.S. are attributed to traffic.

This Gallup poll shows that the longer your commute, the more you suffer back pain, high cholesterol and obesity. If you spend 90 to 120 minutes commuting, you’ve got a 30 percent chance of being obese. Nice to know you can’t blame it all on Sara Lee, unless that’s what you’re snacking on in the car.

According to Statistics Canada, the average Toronto driver has a time-sucking commute of 27 minutes. And - apparently 82 percent of Canadians drive to work.

This state of affairs is likely to get worse before it gets better. It has less to do with infrastructure, the price of housing or the price of eggs than it does with human nature. We think we’re invincible. We’ll keep going until we keel over.

Perhaps the best solution is to have pop-up medical units along our highways and biways. Sort of like the Mobile Army Surgical Hospital (M.A.S.H.) popularized in the film and tv series of the same name. That way, there’s no need to call an ambulance when drivers inevitably collapse in their cars. We could call them M.E.S.H. – Mobile Expressway Surgical Hospitals, or M.U.S.H. if they’re located by an Underpass. 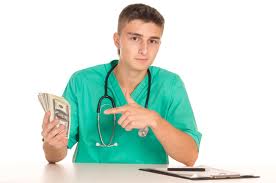 Doctors could make a killing. All those medical students that have been vamoosing to the U.S. would be flocking to sign up for front-line duty at a pop-up unit which of course, would be privately billed. OHIP would be loath to endorse this manner of facility – and what government wants to encourage deadly traffic?

Some of us would finally be able to get a family doctor. We’d just have to learn to drive.
Posted by Krystyna Lagowski at 11:32 AM