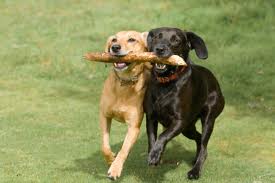 Is it any coincidence that a few days after car2go launched its carsharing service in Toronto, the T-Dot was named as the world’s eighth most livable city? Toronto was the only city in North America to make the list – by no less an authority than The Economist.

Tipping the scale in Hogtown’s favour was its greenery and clean air – not so much, the urban sprawl and lack of cultural assets.

Providing a plethora of transportation alternatives is one way that Toronto has been working on its status as a livable city – this keeps pollution down and parks from becoming parking lots. And with car2go, there is now an ingenious way to carshare, only paying for the time you use the car – even if it’s as little as 5 minutes. Their blue and white smart fortwo cars are easily found through a free smartphone app, with no reservation necessary. All a subscriber needs is a membership card and a reason to drive. It’s just ingenious.

Other carsharing programs in Toronto include the pioneering all-Canadian AutoShare, which launched waaay back in 1998, and the U.S.-based Zipcar. The differences between the organizations are less important than the fact that they offer individuals an affordable way to drive a car. As in other urban centres, it’s increasingly expensive to own a car in Toronto – in 2010, Toronto was the second most expensive place to park in Canada, with an annual rate of $336.26.

But there’s more good news. The Montreal-based bike-sharing Bixi program, proudly marked its first anniversary in Toronto in May, and proclaimed its membership of 1,000 had taken over 550,000 rides. That’s a lot of people riding through rain, sleet and snow as well as sunshine.

It’s all part of the collaborative economy, which is based on sharing. That’s a welcome trend away from conspicuous consumption, and takes an altruistic bent towards business. Naturally, its most enthusiastic participants are young folk, who are concerned about the environment, rabid social media users, and perhaps a little less than flush.

Possibly they are also not so quietly rebelling against the excess and waste that they grew up with – one study found that the average household in the U.S. has $3,000 worth of items lying around unused.